Skip to content
TFN » Gyms & Clubs » Is this how the boutique group fitness model will look outside the major cities?

A gold medalist in the 2012 Olympics, Zac Purchase MBE has founded ZacsFitness.com, a boutique group fitness facility in the small town of Marlow. Having only opened their studio in November, within weeks they were already up to 7 classes a day and have ambitious plans for expansion across similar towns in the near future.

We met with Zac to learn why he had decided to launch his first studio in Marlow, what he believes are the main factors in their early success, and why he feels this is a model that can flourish across similar towns elsewhere.

To be this busy three days before Christmas, having only opened a month ago, is absolutely staggering. What do you think has enabled you to hit the ground running so quickly?

It’s early days but we spent several years planning and so far those plans seems to be working. There is no single secret to success in group fitness but I would suggest the following factors have played a significant role in the high levels of interest so far: 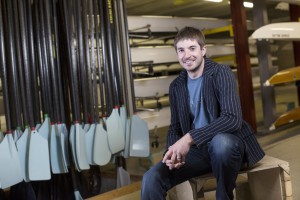 1. Be clear on your audience

First of all, we knew we had to be crystal clear on who we were building this for. According to the British Heart Foundation, 38% of the population don’t consider themselves fit enough to go to the gym. This 38% is our audience.

We are absolutely not a traditional ‘gym’ and have no interest in trying to be one. We have been asked a few times if we will put in any treadmills, to which I’ve replied “No, we have the Chilterns on our doorstep. Why not go for a run outside instead?”

It’s not that we have anything against gyms but we have to be clear on what we stand for, and that’s creating a certain kind of experience. We simply can’t do that if half the people in here are working out on their own whilst listening to music through their earphones.

We knew from the outset that the location would be important, both in terms of the towns we chose and the exact placement within those towns.

“Convenience is everything, particularly for a pay as you go model like ours”

We have a long standing relationship with Marlow and wanted to give something back to the community. We know that the people of Marlow are well educated and health conscious so it was a perfect fit. We also felt that we had to be on the high street to not only increase our exposure but to make it as convenient as possible for people to pop in before work or during their lunch break. Convenience is everything, particularly for a pay as you go model like ours where we depend on people using the studio frequently.

3. Price for the area

Within London people are prepared to pay £20-25 a session and the club owners need that in order to cover their huge overheads. In small towns, however, that’s not the case. These are people who have reasonable disposable income but still expect great value for money, so we’re capping our charge to just £10 a session. That way people don’t hesitate to use us two or three times a week.

4. A diverse yet simple offering

The danger in trying to offer a range of classes to suit a range of abilities is that it can become too confusing, particularly for beginners. We therefore have just 4 classes – stability, stamina, speed, strength – but each comes with a more intensive option for those that want to really push themselves. 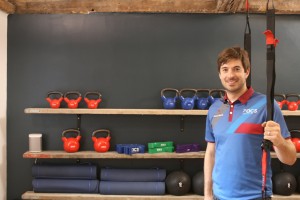 5. Hire people based on personality and communication skills, not their cv

Qualifications are one thing but they have relatively little impact on the customer experience. The most important skill for any trainer within a group fitness environment is their ability to build rapport and ensure the customers are having a great time. Consequently we look for people who have a natural charisma, good sense of humour and an ability to make others feel good about themselves.

This is the big one.

For any boutique offering, the atmosphere and sense of community are your two major assets. They are the things that gyms cannot compete with, so you need to keep them at the front of your mind whilst making every decision.

We also know that a lot of them lack confidence so we ensure they are in classes with people of similar ability and don’t have mirrors on the wall as it only makes people more self conscious. These small details add up to make a huge difference.

Looking to transform your digital marketing in 2021?

Dan Holt is the founder of The Fitness Network and owner of boss-digital.co.uk, a digital agency that specialises in content marketing, SEO and social media for the fitness industry.

We use cookies to ensure that we give you the best experience on our website. If you continue to use this site we will assume that you are happy with it.OkRead more